Many home buyers, investors, and real estate agents have seen significant home price changes over the past several years and decades. To better understand the property values today in 2018, the historical price changes must be reviewed in depth to compare how much the property values have increased between the 20th and 21st centuries. What may shock many readers is how much that home prices have escalated between 1940 and 2018. California, specifically, has far outpaced the rest of the nation due to the demand for prime properties far exceeding the available supply as noted below.

Median-priced homes quickly rose in value after the end of the The Great Depression (1929 – 1939) and the start of the growth of suburbia in places that later expanded out towards western states like California partly thanks to the expansion of FHA and VA home mortgage loan options that allowed 0% to 3.5% down 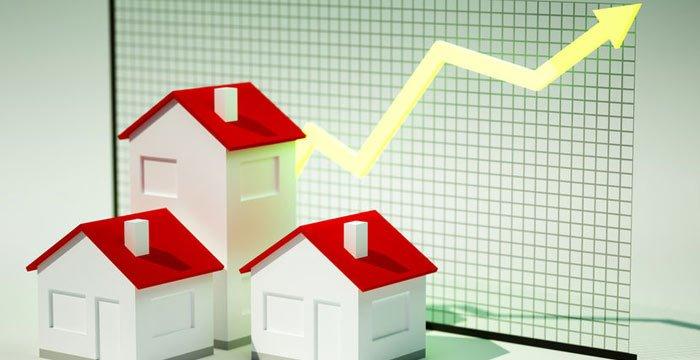 payments, improved car access by way of national highway systems, the ending of World War II (September 1939 – September 1945), and a booming U.S. economy. The economic and housing boom was especially between the later years in the 1940’s up until the year 2000 in spite of several down years related to wars, inflation, and the booming and busting oil market cycles that happened quite often in the 1970’s decade.

Real Estate is an Inflation Hedge

Real estate is described as an exceptional hedge against inflation in that it typically rises at least as high as the annual reported national inflation rates somewhat like a floating buoy with the rising tide. Let’s take a closer look below at the median home value for existing single-family homes using both inflation-adjusted dollars and unadjusted dollars that were based upon the actual prices paid during the listed years for California and the United States in the 20th century and the very start of the 21st century (1940 – 2000):

Home Prices Not Adjusted for Inflation

Listed below are the median home prices across the nation between 1963 and 2018. Please note that these median home sales prices are related to brand new homes that are usually priced higher than older existing homes. When the median prices fall between one year and the next, they are highlighted in bold to show the years when there was price deflation. The very first year when the median home price for a new home fell was in January 1982 after several years of very high interest rates as partly noted by the U.S. Prime Rate reaching 21.5% in both December 1980 and January 1981.

While the home price gains were quite impressive in California and the rest of the nation in most of the 20th century, they would later be far surpassed by the compounded price gains after we entered the 21st century. The higher the sales prices, the higher the sales commission fees collected by real estate agents and brokers. Many California real estate agents would later earn hundreds of thousands to millions of dollars each year in commission fees parallel with the record-setting price gains that were jump started with the tremendous price gains in the 20th century.

We offer dedicated student support and courses that allow our students to get their real estate license fast and easy! We answer the phone LIVE from 7am to 7pm. Give us a call and speak to a friendly, knowledgeable representative.

License Solution, Inc. was founded by the founders of California’s two major real estate schools to help you get a California real estate license via the most effective means possible.